All those who follow me know very well that I enjoy the ‘standards’.

It’s very interesting when you compare a ‘showtune’ singer, such as Howard Keel, and a jazz inclined singer, singing the same song.

Listen to Howard Keel & Kathryn Grayson singing Cole Porter’s ‘So in Love’, and compare it to Keely Smith & Frank Sinatra’s performance. I’m not saying one is better than the other - just that there is a difference in interpretation.

This is one reason why I don’t like modern musicals such as ‘The Phantom of the Opera’ or ‘Sweeny Todd’ - they are too operatic for me. And even ‘Carmen Jones’, West Side Story’, ‘Evita’ and ‘Cats’ didn’t attract me that much.

So I’m lost in the ‘Great American Standards’ - although I do like some songs outside that genre, particularly if they are well arranged and sung by competent singers who sing on key, in time, but also have the flexibility to come before, on, or after the beat.

And there are some very good young singers out there.

Just keep an ear out and an open mind.

PS - I've linked the songs to YouTube - if that version is available there - just click on the song title, or the singer's name.

There is a book available of the first 50 of them.

If you wish to make a contribution to the cost of running this site, please go to: 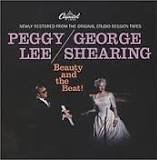 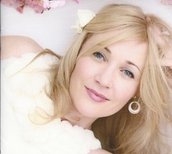 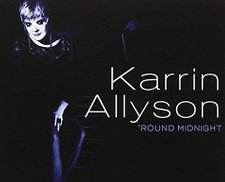 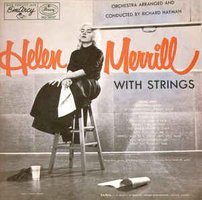 For some reason, maybe because it represents the start of new life, Spring seems to have the most songs. Just a quick count reveals 20+ titles in my collection, many of them sung by multiple artists from old timers such as Crosby, Billie Holiday, Ella and Peggy Lee to more modern singers like Stacey Kent, Nicki Parrott, Roberta Gambarini and Viktoria Tolstoy.

Below I give five of my favourite songs about Spring, with a good performance of each.

Of course there are many other extremely good performances of these songs, and also songs I’ve not mentioned: ‘You Must Believe in Spring’, It Might as Well Be Spring’ and ‘Some Other Spring’ to name a few.

‘Don’t Worry ‘Bout Me’ (Rube Bloom - music, Ted Koehler - lyrics) is an interesting 1938 song concerning the aftermath of a love affair. The singer is assuring his/her ex-partner he/she’ll be fine, and not to worry.

Notable recordings include Frank Sinatra’s on his 1957 album ‘Where Are You’. Here, although the arrangement is, perhaps, a little dated, his immaculate phrasing is very apparent.

In 1992 Tony Bennett released ‘Perfectly Frank’ - an album celebrating the songs recorded by Sinatra. One he selected was ‘Don’t Worry ‘Bout Me’ - and he even sings the verse. Beautifully accompanied by The Ralph Sharon Trio, it is a wonderful version.

Julie London made a very nice, intimate version of the song on her 1962 album ‘Love on the Rocks’. It’s a very understated, laid back performance which I really like. 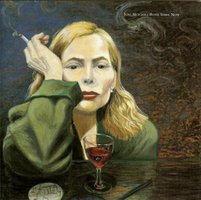 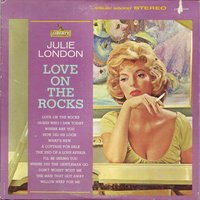 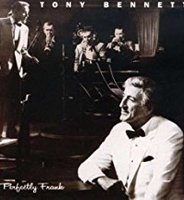 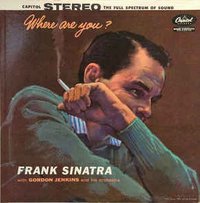 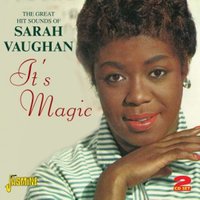 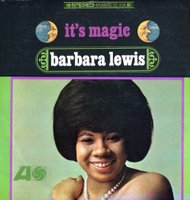 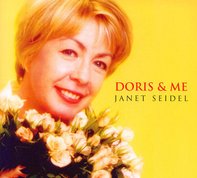 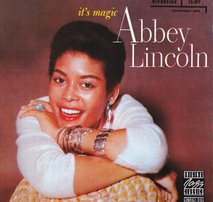 There are various recordings, apart from Doris Day’s, available.

Barbara Lewis also made an album called ‘It’s Magic’ in 1966. She sings the title song surrounded by strings and puts a slight ‘soul’ tone into it. An attractive, romantic arrangement akin to Doris Day’s version.

The late Janet Seidel on her 2001 album ‘Doris & Me’ gives a nice small group performance (Chuck Morgan - guitar, David Seidel - Bass), accompanying herself on piano. As an added bonus she sings the attractive verse.

Sarah Vaughan’s classic 1948 version is, of course, a must have, although, naturally, the recording quality leaves a bit to be desired.

Of course, I’ve missed other performances, but they will be included in ‘Versions II’, which should be out sometime next year, when I'll go into the performances more thoroughly.

‘The Second Time Around’ (Jimmy Van Heusen - music, Sammy Cahn - lyrics) was written in 1960 and introduced by Bing Crosby in the Blake Edward’s film ‘High Time’.

It’s an attractive song, which seems to belong to the 1940s, rather than the 60s, and concerns the rebirth of, maybe, a saner type of love:-

‘Love is lovelier
the second time around,
Just as wonderful,
with both feet on the ground.’

Peggy Lee performed it beautifully on her album ‘Basin Street East’ (1961) - take note of her great phrasing; at times she comes in so far behind the beat that you think she’s lost it.

Susannah McCorkle, accompanied by Keith Ingham, recorded it on her 1975 album ‘The Beginning’. A simple, understated performance with Keith Ingham playing an attractive piano accompaniment.

It’s also been recorded by Barbra Streisand, Mel Tormé - one of my favourite versions: so smooth, Rita Reys, Shirley Horn, Monica Zetterlund, Joni James, Julie London and Dionne Warwick - and those are only the singers in my collection. 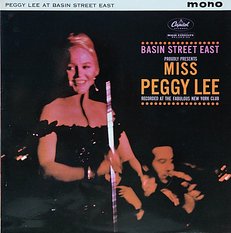 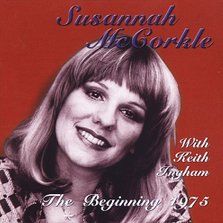 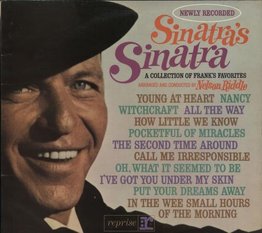 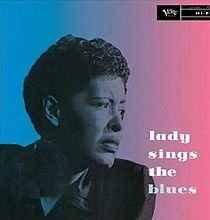 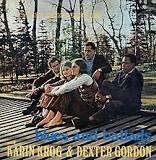 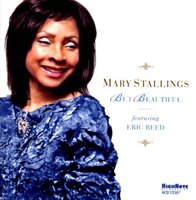 Another of my selected songs with ‘spring’ in the title: this one is ‘Some Other Spring’  written by Irene Kitchings (music) & Arthur Herzog Jr. (Lyrics) in 1939.

It’s a difficult song to sing, having many half notes. The singer also has to transmit a mix of optimism and melancholy in the words.

Billie Holiday first recorded it in 1939, she also recorded it for Clef (later Verve) for her album ‘Lady Sings the Blues’ in June 1956 with a small orchestra: Paul Quinichette, tenor saxophone, Charlie Shavers, trumpet, Tony Scott - clarinet, Wynton Kelly - piano, Kenny Burrell - guitar, Lenny McBrowne - drums and Aaron Bell - bass. The second version is really good; although Billie's voice had almost gone, she sings it with an intensity which is almost painful to listen to.

Another great version is that made by the Norwegian jazz vocalist Karin Krog & Dexter Gordon, on their 1970 album ‘Some Other Spring’. Another small group arrangement; Karin is accompanied by Dexter Gordon - tenor saxophone, Kenny Drew - piano, Niels-Henning Orsted Pedersen - bass and Espen Rud - drums. Although on the original album the song lasts 5.05, on the CD I have, there is an alternative take of 4.32. Both are good.

‘Glad to Be Unhappy’ was written for the 1936 Broadway show, ‘On Your Toes’ by Richard Rodgers (music) and Lorenz Hart (lyrics).

Although it wasn’t really popular at the time, is has become a jazz standard, recorded by instrumentalists such as saxophonist, Paul Desmond; trumpeters, Wynton Marsalis and Chris Botti; and pianist, Clare Fischer.

It has been recorded by jazz vocalists:-

Frank Sinatra performed it on his 1955 ‘In the Wee Small Hours’ album, which is ranked by Rolling Stone as the 101st Greatest Album of All Time.

Billie Holiday recorded it on her 1958 album ‘Lady in Satin’, her penultimate album, and last released in her lifetime. Although her voice had lost much of its tone, she could still put over a song and it’s well worth listening to.

Stacey Kent recorded it on Jim Tomlinson’s 2000 album ‘Only Trust Your Heart’ (she sings on 3 of the tracks). A lovely arrangement with a great solo by Jim on tenor sax, and interesting guitar accompaniment of Colin Oxley.

'Glad to be Unhappy' has also been performed by Helen Merrill, Betty Carter & Carmen McRae, and Ella Fitzgerald amongst many, many others. 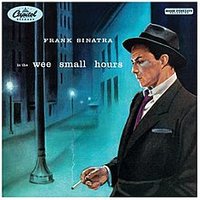 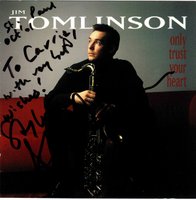 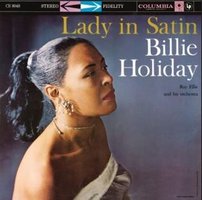 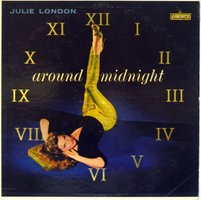 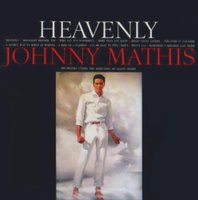 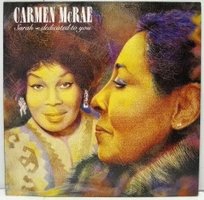 ‘Misty’ was written by Erroll Garner (music) 1954, Johnny Burke added the lyrics at a later date.

The song became a big hit for Johnny Mathis in 1959 and appeared on his album 'Heavenly' with orchestrations arranged by Glen Osser, and has also been recorded by many jazz instrumentalists and vocalists. It was featured in Clint Eastwood’s psychological 1971 thriller film, ‘Play Misty For Me’ in which he both starred, with Jessica Walter and Donna Mills, and directed.

A great jazz version was made by Carmen McRae on the last album she made; ‘Sarah - Dedicated To You’ (1991), where she is accompanied by The Shirley Horn Trio (Shirley Horn - piano, Charles Ables- electric bass & Steve Williams - drums). A wonderful jazz vocal performance!

In 1960, Julie London included it on her album ‘Around Midnight’ - a nice, laid back arrangement by Dick Reynolds, which includes an attractive sax solo.

In 1966, Sammy Davis Jr. made an album accompanied only by Laurindo Almeida on acoustic guitar. A very attractive, intimate recording which is well worth listening to.

There are, of course, loads of other recordings and I will be reviewing many performances including those of Ella Fitzgerald, Carol Sloane, Sarah Vaughan, Aretha Franklin, Frank Sinatra, Joni James, Laura Fygi, Elsie Bianchi and others in Versions II, which is, hopefully, being published in  2020.