To get a free e-book to review, just send an e-mail to review@markpatrick.net with the title of the book you are interested in reading.

I will send you a copy (mobi) to read.

There are a maximum of 10 books available for review, for each title.

Your only commitment is to review the book on Goodreads and/or Amazon.

Check out the first chapters of each here.

I hope you enjoy reading them. 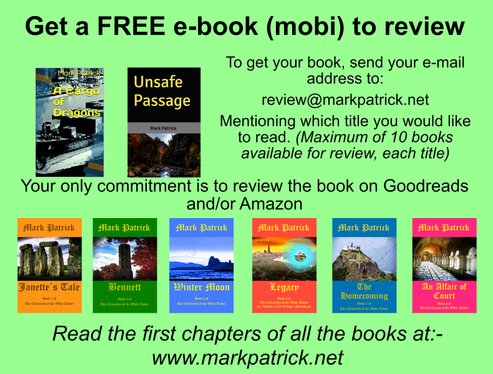 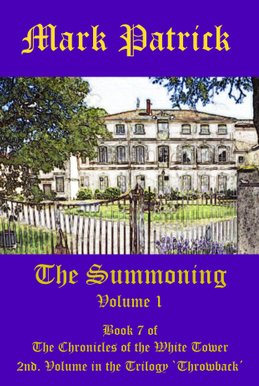 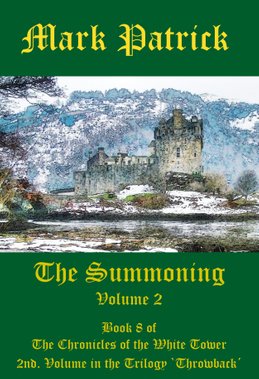 'The Summoning', a direct follow-on from 'Legacy', has just been published in 6" x 9" softcover.

It is essential to have read 'Legacy' first, if not, the characters and plot will make little sense.

'The Summoning (Volume 2) will hopefully be available in November, if not sooner.

To read the first 3 chapters of both of the books, click on the button. 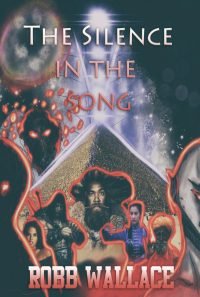 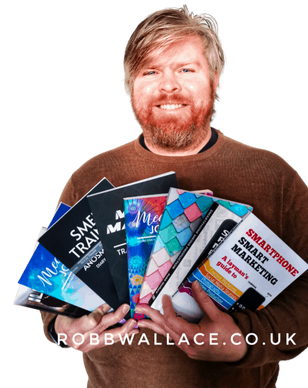 Robb Wallace  is the author of Smartphone Media Production, Smartphone Smart Marketing, Health Made Simple & Steak Bake as well as a number of self-help journals for Meditation, BJJ and Smell training.

Professionally, he works in media and marketing, and is an award-winning filmmaker with over fifteen years of experience in marketing, video production, photography, social media, SEO and the digital frontier.

In his free time, he loves to spend time with his wife and family, as well as meditate, read and write. For exercise, and to relax after a hard day’s work and long hours writing, he  trains in martial arts. (MMA, kickboxing, Brazilian jiu-jitsu, Chi Gong).

He is currently working on his first epic fantasy novel, a novel that he hopes will be enjoyed.

I wish to thank Robb for giving me the chance of appearing on one of his very interesting 'Fantasy Author Interviews'.

New Covers for all the books in the Romantic, Medieval Fantasy/adventure series:

The changes have now taken place, and all the books are 'live'.

At the same time, the manuscript was revised to remove typos and other problems.

The covers will change in both Kindle 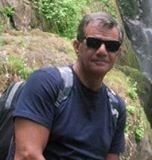 Some of Paul Anthony's crime books:- 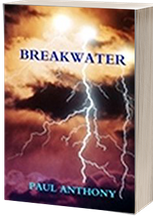 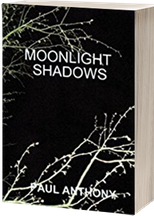 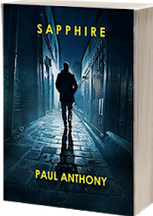 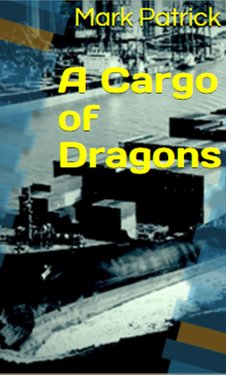 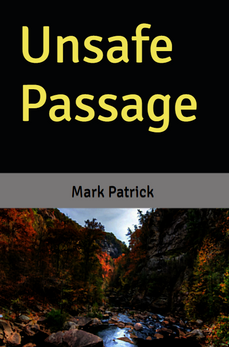 I wrote ‘A Cargo of Dragons’ in 1979/80 when I was in my early thirties, and sent it to one publisher, or agent, I forget which, who rejected it.

At Christmas time in 1980, I became engaged to Angela, and we married in August 1981, so, with preparing for the wedding, my day job and all the various other things going on in my life at that time, the manuscript was put away in a drawer and forgotten about.

If we now fast-forward to 2020 – Angela rediscovered it in the basement storage area of a block of flats in Jaén, Spain, when tidying up, preparing for the move to our apartment on the south coast of Cadiz province, Spain.

She brought it up to our flat and I read it. To my surprise, I found it quite a good adventure/thriller.

I’ve changed it a little; revised the grammar, spelling, typos etc, and done some editing to make it more readable, but haven’t changed the setting or the time period.

So, here it is, 40 years later, a ‘historical’ novel, which was actually written at the time it portrays.

I hope you enjoy it.

Unsafe Passage is a modern-day adventure/thriller set in Georgia, USA.

“If it does concern us; head-shots. They might be using body armour.”

Nancy already had her pistol in her hand, its barrel extended by the length of the suppressor.

I felt Gail disengage her arm from mine and her Glock appeared. I left mine under my arm; there’d be time enough later.

“We’ll leave here tonight,” I decided. “Maybe I cut Hank off too soon.”

“We’ll have to settle with this lot first,” said Nancy with a calmness I certainly didn’t share. “You realise we can’t leave any witnesses?”

The Collected Jazz Vocal Blogettes is available in Kindle e-book format at $1,99 and in paperback at $6,99. (Note- Paperback version has monochrome illustrations, while the Kindle edition is in full colour.) 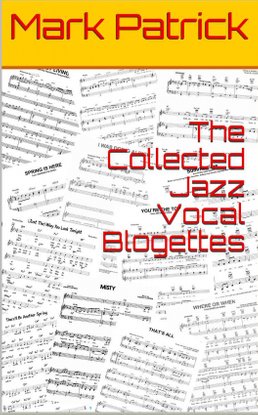 The articles in this book were originally posted as short blogs, or ‘blogettes’ on my Twitter feed and later some were included on my website.

As people became interested in them, I received some requests to make them available in book format; so here it is. I’ve slightly changed the originals to make them more suitable for a book format, and made some additions and corrections.

I hope you enjoy both the book and the music.

Something To Remember Me By

I never planned to write an autobiography. Those I have read seem to be the self-serving, egoistical ramblings of actors, television personalities or politicians etc., or the quiet, introspective wonderings of people whose lives were actually interesting, but who don’t know how to write. Very few, even those written by talented ghostwriters, hold my attention for long.

There are, of course, exceptions. Laurie Lee’s ‘Cider with Rosie’ and ‘As I Walked Out One Midsummer Morning’ are wonderful, evoking a past that is now forever lost.

However, my wife insisted I write about my life; ‘For your children and grandchildren.’ So, I sat down and wrote this present book, ‘Something to Remember Me By’ – to paraphrase the song by Arthur Schwartz and Howard Dietz.

Another thing I wish to make clear is that Mark Patrick is a pseudonym that I use for my books, stories and articles. My real name is Adrian, which I’ll mention a time or two in this book. 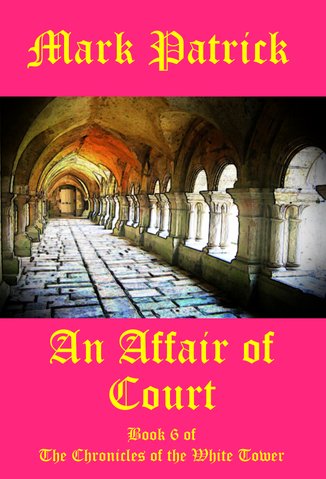 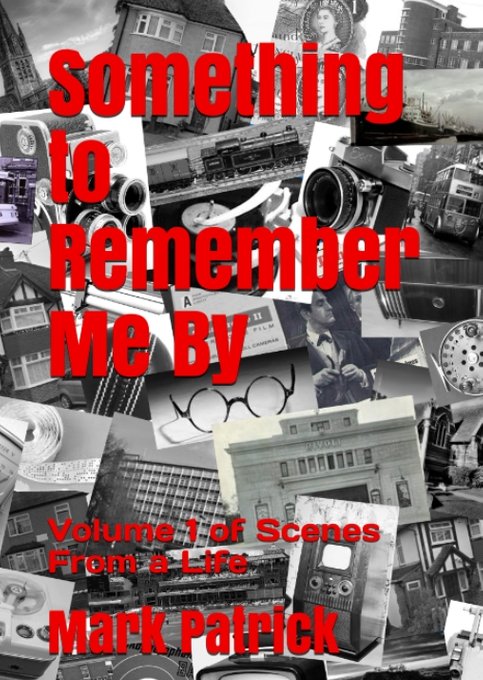 Book 6 in the series

Lady Marie Anne de Vilmanne, a seventeen year old Adapti of the Order of the White Tower, agrees to meet a close friend, not realising that this meeting will set off a chain of events that will bring the kingdom to the brink of civil war.

After that she meets the chief of the Guild of Assassins.

But can the young King, and a Lady with no experience of court life, survive amid the political machinations of experienced nobles, courtiers and the Conclave of Bishops? 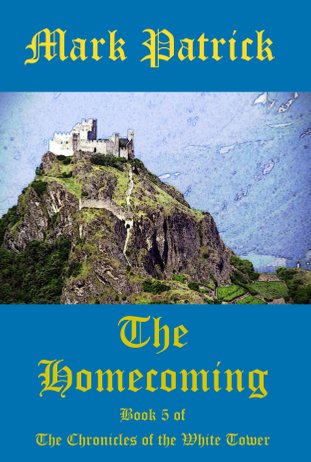 Be warned - It does contain spoilers for the previous books.

To buy the books in the series from AMAZON